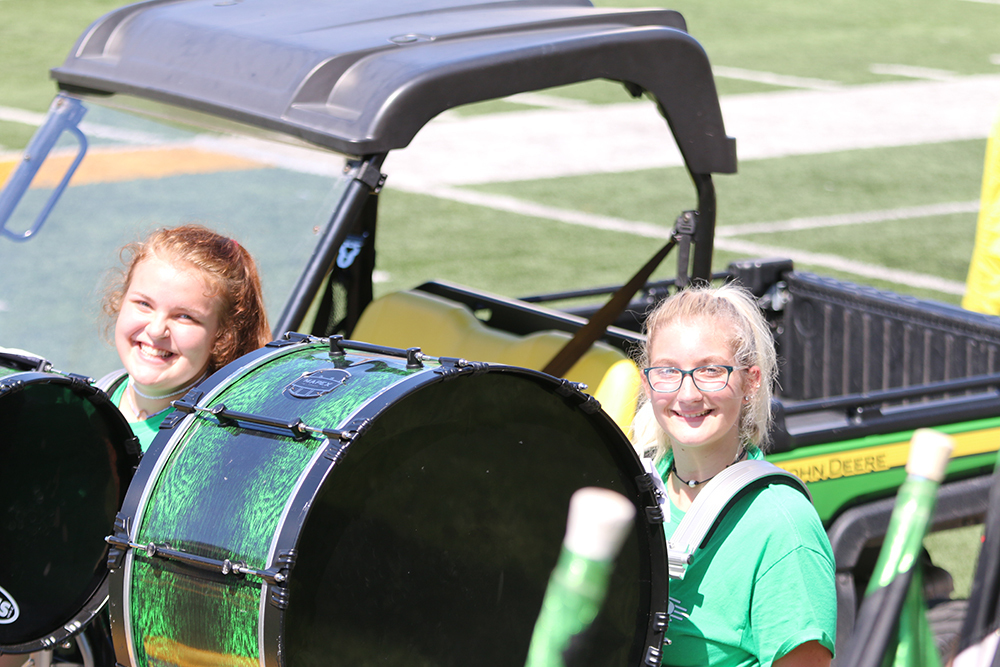 On Saturday, September 7, 2019, the Ste. Genevieve High School Band headed to Columbia, Missouri, to participate in Mizzou Band Day! The Mizzou Tigers played the West Virginia Mountaineers, winning 38-7. The SGHS Band, including the Color Guard, was one of 12 high school bands to join Marching Mizzou on the field for halftime. The bands played “Every True Son/Fight Tiger,” the Mizzou fight songs, along with “We Are Family” and “You’ve Got a Friend in Me.”