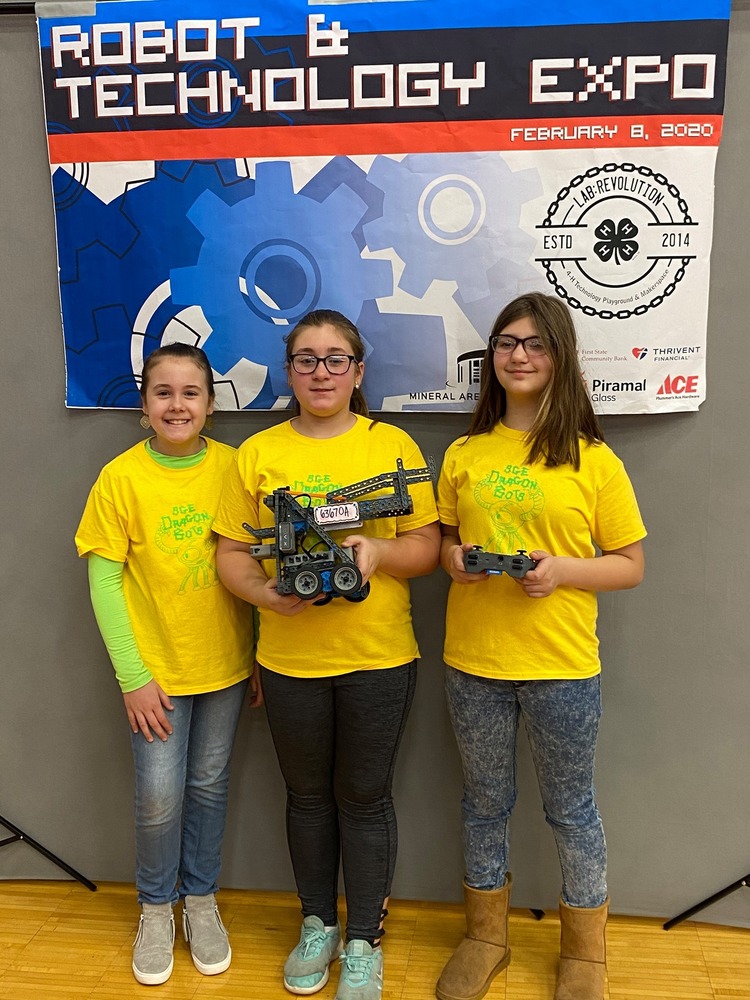 Bloomsdale Elementary had three teams compete, and all improved their rankings by 10 to 15 places from their first competition earlier this year. The teams scored 6th, 15th and 17th in the qualification rounds. Team 63673B,  advanced to the finals, where they scored 92 points and earned 4th place! The members of this team included Riyley Dutton, Kennedy Bowen, Josie Sansoucie and Katie Vogt.

Ste. Genevieve Elementary had three teams compete, and all of the teams performed well! Despite some technical difficulties, the teams continued to problem-solve and earned more and more points each round. The Robotic Dragons team placed in the top 10 teams during the qualification rounds and advanced to the finals, where they won 5th place! The members of this team included: Owen Huck, Dayton Weiler, Reese Wibbenmeyer and Andrew Wolf. While Andrew could not be present for the event, he wrote the program that was used for the skills challenge!