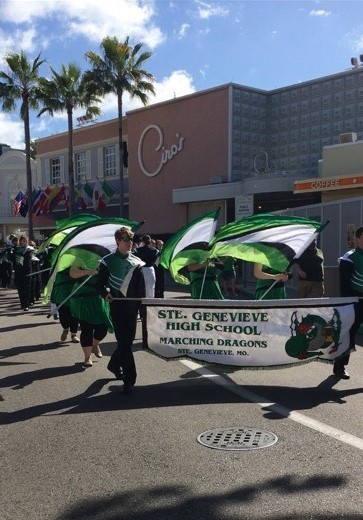 The Ste. Genevieve High School Marching Band performed in a parade at Universal Studios in Orlando, Florida! While there, the band also participated in a clinic on a sound stage performing the soundtrack to a film and learning about music and sound in the TV and movie industry.

The band takes a big trip once every four years. The students fundraise for the trip, and the Band Boosters lay a portion of the funds aside for all students.