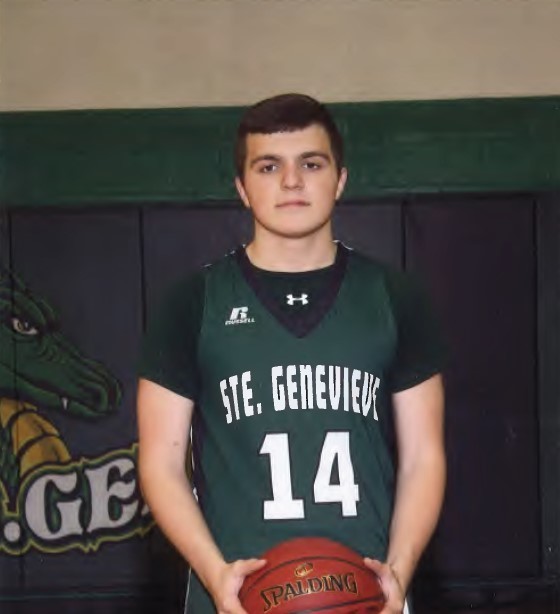 Congratulations to senior Christian Boyer, the Elks Student of the Month for September from Ste. Genevieve High School! Christian is the son of Brian and Barbara Boyer.

Christian’s scholastic honors include being ranked #1 of his graduating class, earning a spot on the A Honor Roll each semester, being in the Top 10% every year of high school and winning numerous class awards. Christian is a member of the SGHS basketball team. During his time on the team, he developed into a team leader and won the Leading Rebounder award and the Most Improved award. He is a leader by action and can be counted on to play numerous positions. Christian was also chosen to attend Leadership in Practice to learn more about what it takes to be a good leader.

In his free time, Christian enjoys participating in and watching sports and spending time with family and friends. Christian plans to attend a 4-year university and pursue a degree in business.