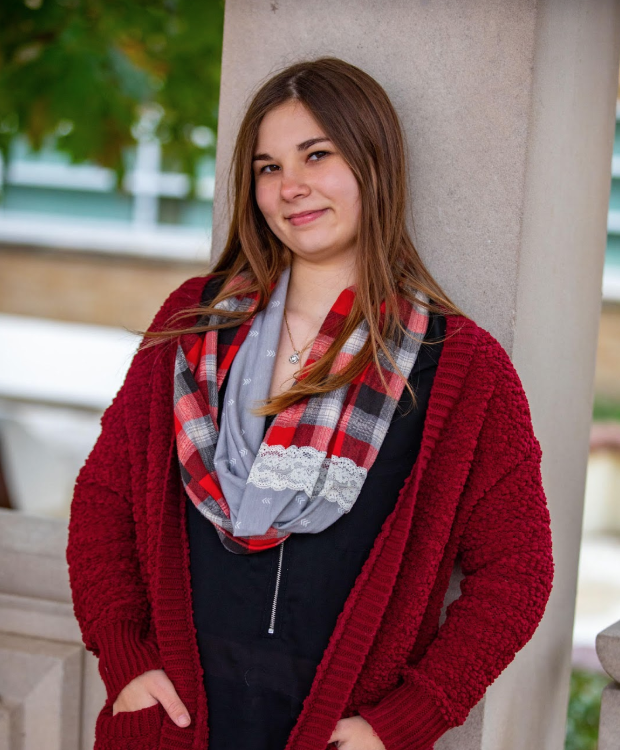 Congratulations to senior Kristen Parmeley, the Elks Student of the Month for February from Ste. Genevieve High School! Kristen is the daughter of Kim and Karl Parmeley.

Kristen's scholastic honors include: Being ranked in the top 5% of her graduating senior class, earning A Honor Roll each semester, and being recognized as the Honors Banquet recipient of the Modern America and Contemporary Issues award. Kristen has also been active in a number of organizations at SGHS. These include: secretary of the National Honor Society, secretary of her senior class and active member of SADD, FBLA, FTA, and French club. She has also been a member of the Speech and Debate team, as well as an alternate to Missouri Girls State.

In her free time, Kristen enjoys spending time with her friends and family. She also loves to spend time reading. She plans to attend Southeast Missouri State University and pursue her bachelor’s degree in nursing.