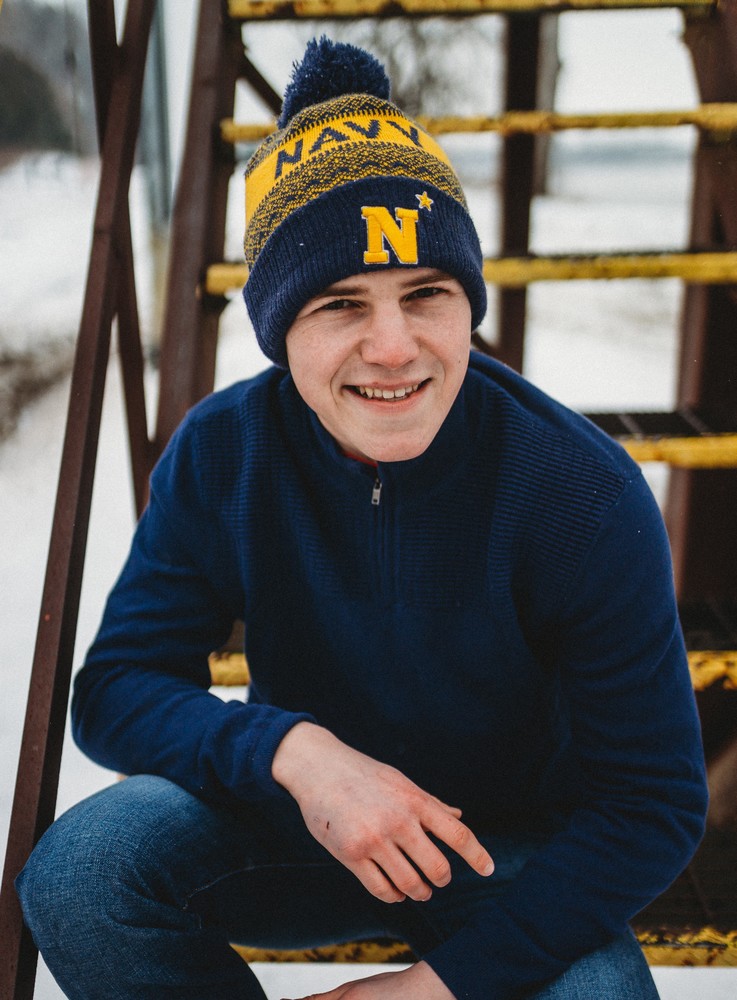 This fall, Ste. Genevieve High School senior Sam Stolzer is headed to the east coast to follow his dream of serving in the military. Sam has been accepted into the United States Naval Academy in Annapolis, Maryland, a highly-ranked four-year public college whose attendees graduate as commissioned officers.

Sam first became interested in the Naval Academy the summer before his junior year. “For as long as I can remember, I’ve wanted to join the military service, but I didn’t know the exact route that I wanted to take,” he said. “Once I heard about the service academies and began looking into them, I realized this is how I want to do it. I went all in.”

With a 9% acceptance rate, the United States Naval Academy is extremely selective, and the application process is rigorous. Students must be nominated (by a senator, member of congress, current naval officer or veteran); undergo a personal interview; and submit SAT or ACT scores, a medical exam and a fitness assessment, along with several forms. Sam received a nomination from both U.S. Rep. Jason Smith, R-Mo, and former Missouri Senator Claire McCaskill, D-Mo.

“Sam has always strived to do extremely well in school—he’s a very driven person,” his mom, Andrea Stolzer, said. “So when he decided that he wanted to attend the Naval Academy and serve in our military, we knew he was going to do everything he could to make it happen.”

Throughout school, Sam has excelled in both academics and extracurriculars, building his leadership skills through National Honor Society, Student Council, Missouri Boys’ State, class officer positions and team captain positions; a team mentality through basketball, baseball, and cross country; and a focus on service through Missouri Stream Team, and the Challenger Baseball buddy program, among many others.

“I really feel that the education Sam received in the Ste. Genevieve public schools was top-notch, and that all of his teachers, from elementary to high school, have given him the opportunity to excel,” Andrea said.

All academy students receive a full scholarship that includes tuition, room and board, and medical and dental expenses. Graduates become officers in the United States Navy or Marine Corps and fulfill a five-year service obligation following graduation. As of right now, Sam’s dream is to become a Naval Aviator.

“What drives me is seeing the pride on veterans’ faces,” Sam said. “This path won’t make you rich, but I cannot think of a more fulfilling occupation than one that provides a safe home for generations to come.”