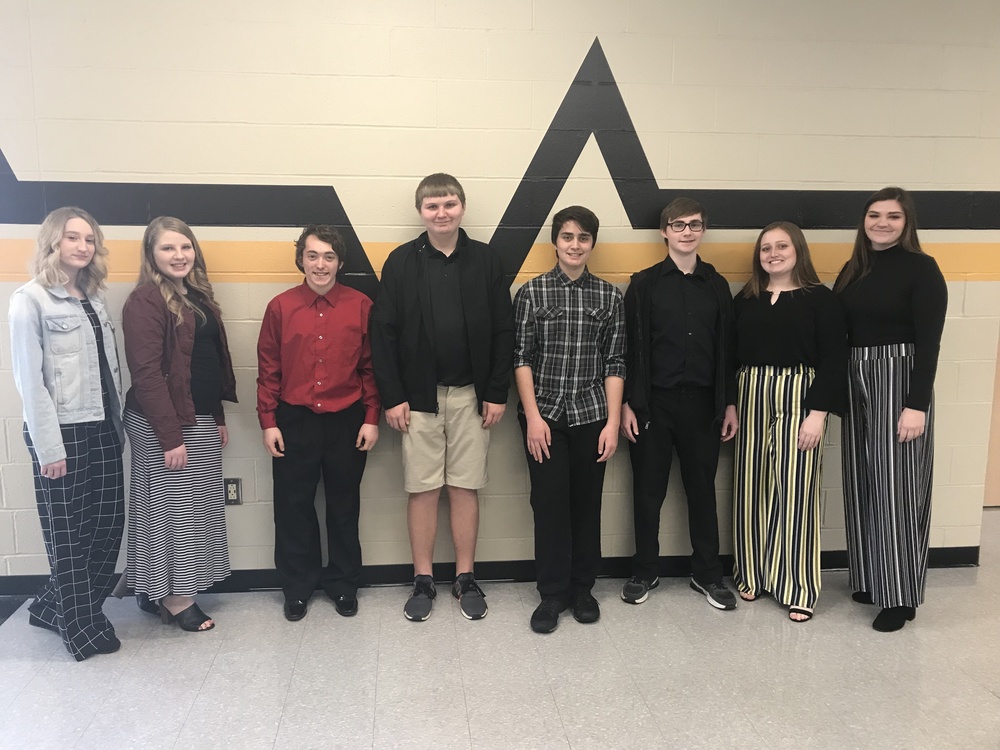 During the event, students perform a solo or small ensemble before a judge and are given a rating of Exemplary, Superior, Satisfactory, Progressing or  Ineffective. Students who earn an "Exemplary" rating qualify to perform at the MSHSAA State Solo and Ensemble Festival at The University of Missouri in Columbia.

The following students received exemplary ratings for their vocal ensemble and will be going on to state:

Senior soprano Abbey Engelmann also received an “Exemplary” rating on her solo for the fourth year in a row and will be going on to the state competition. Sophomore bass Nathan Ritter also sang a solo and received an “Outstanding” rating.

Congratulations to these students on their achievements, and we wish them the best of luck going forward!