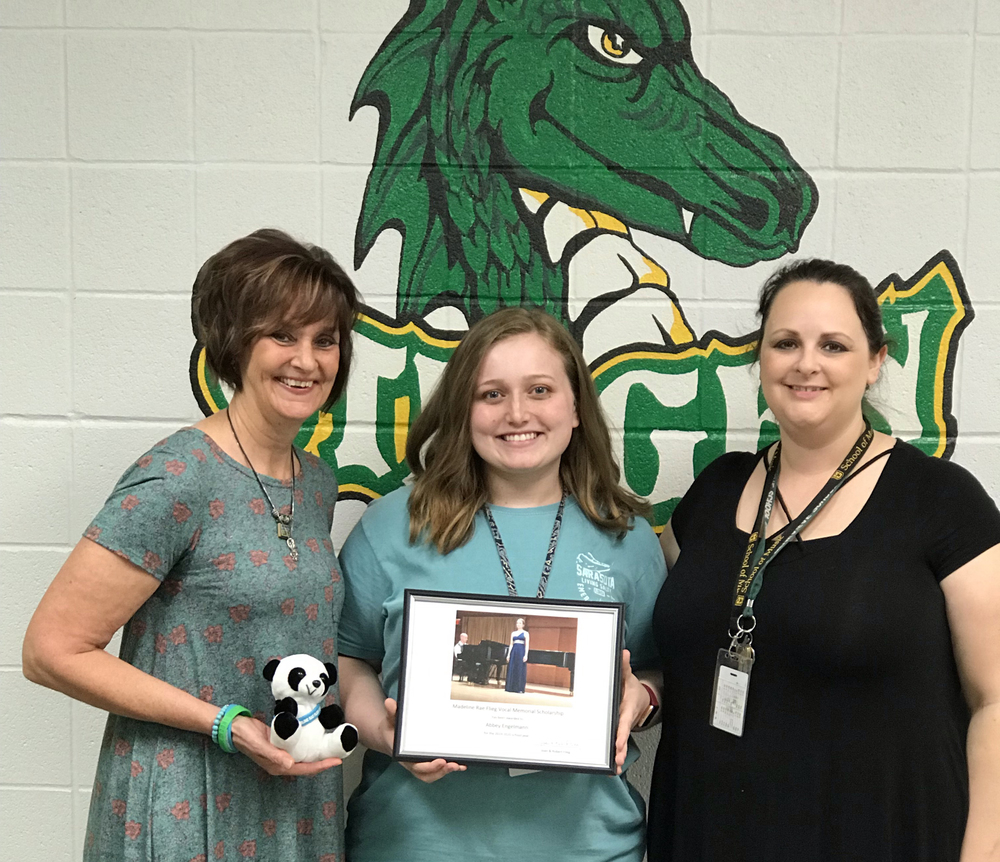 Congratulations to senior Abbey Engelmann, who received the Madeline Flieg Vocal Music Scholarship for $1,000. Abbey is the daughter of Allen and Dana Engelmann.

The scholarship was created in honor of Madeline Flieg, a 2012 SGHS graduate who achieved many outstanding awards for her vocal performances.

Abbey is an accomplished vocalist, earning All-Conference, All-District, and All-State Choir. She has had the opportunity to attend the Missouri State Choral Institute and the Oklahoma City University Vocal Arts Institute. She plans to attend Millikin University in Decatur, Illinois, and major in Vocal Performance.

Abbey’s scholastic honors include: ranked in the top 10% of her graduating senior class, earning A Honor Roll each semester, earning the College Algebra class award, the Chorale class award, the Citizenship award and the Cadet Teacher of the Year award. She has received an academic letter and star for all four years in high school.

Abbey’s hobbies are drawing, scouting, piano, and musical activities. In her free time, she enjoys spending time with her friends and family.