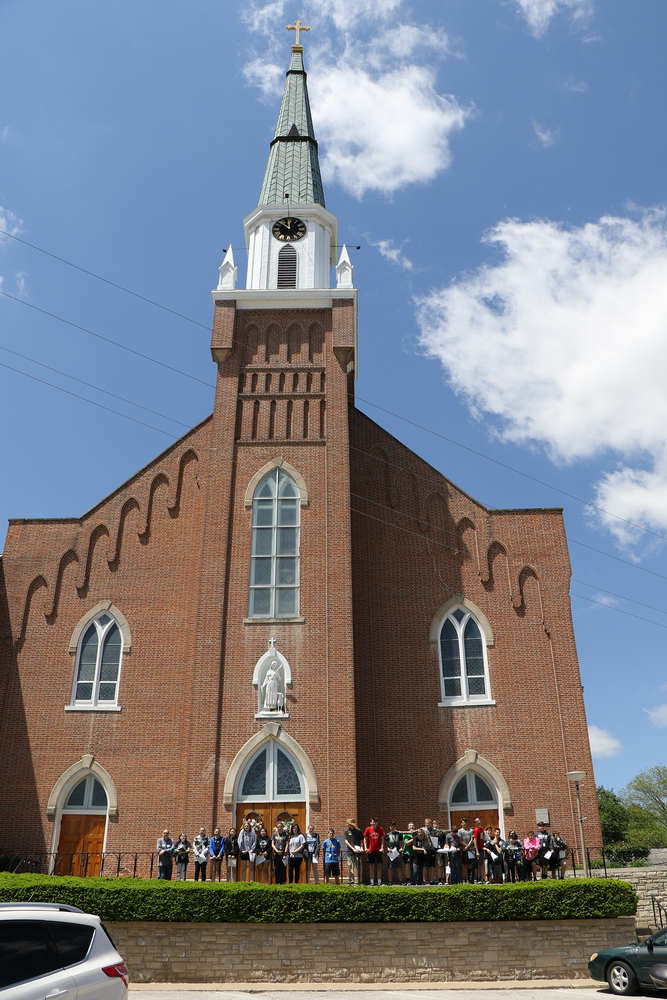 Many Ste. Genevieve Middle School students had the opportunity to visit the Ste. Genevieve Catholic Church this week to study its Gothic Revival architecture in person as part of the Reformation unit in Dr. Rhett Oldham’s World History class. Not only did students tour the church to examine its physical features such as the cross vault and pointed arches, but Father Edward Nemeth offered them an overview of the church’s transformation that is intertwined with the town of Ste. Genevieve’s history.

“The Ste. Genevieve Catholic Church is really a great example for our students to study because of its architectural styles influenced by both the French and the German,” Dr. Oldham says. “Because our town was a hub for various groups of people, we can see the distinct differences in various areas of the church as later groups came along.”

For instance, Father Nemeth pointed out to the students that the stained glass windows are clearly from two separate eras; the windows along the two longs walls of the church were created in the French style when the current structure was finished in 1880, and the windows in the side chapels were built in the German style when these areas were constructed in 1911.

“When I can make learning hands-on for my students, and also teach them a little bit more about our town and our history at the same time, that’s a lesson they’ll remember,” Dr. Oldham says.