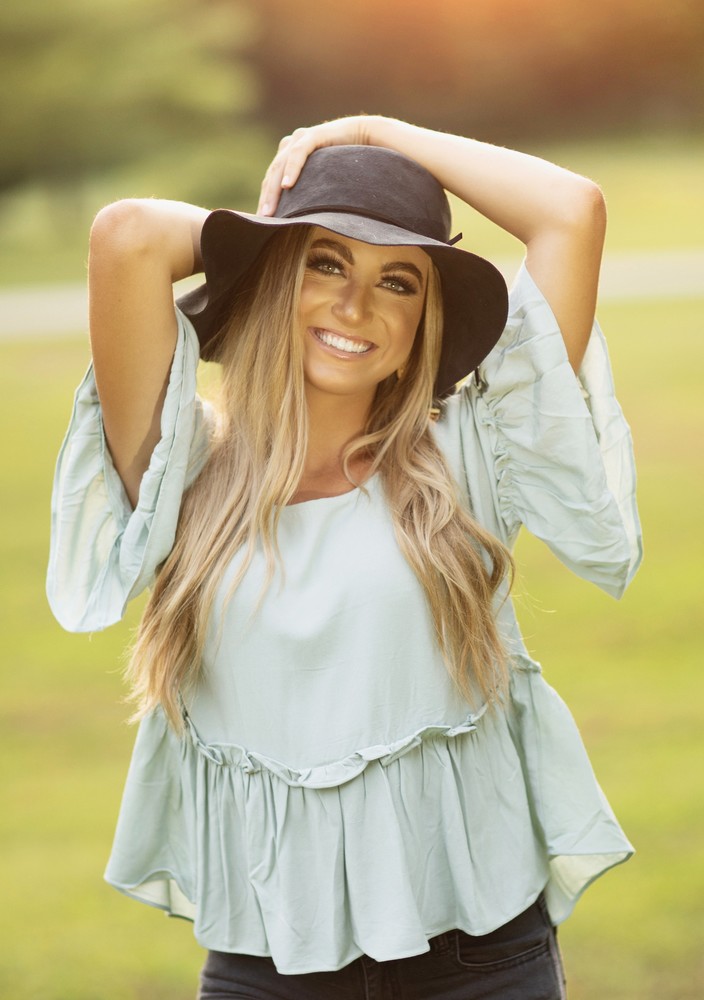 Congratulations to senior Jaida Greminger, the Rotary Student of the Month for March from Ste. Genevieve High School! Jaida is the daughter of Mark and Jesika Greminger.

Jaida's scholastic honors include: Being ranked in the top 10% of her graduating class all four years, earning A Honor Roll each semester and earning the Fundamentals of Art award. Jaida is a member of National Honor Society, Mentors, Fellowship of Christian Athletes, Student Council, Math club, FCCLA, and National Art Honor Society.

Jaida is a class officer, where she serves as the historian. She has also been selected to attend numerous leadership academies, including the Missouri Rotary Youth Leadership Academy, Leadership in Practice, and the Missouri Associations of Student Council Academy.

Jaida has received many academic accolades but has also excelled in volleyball as a member of the SGHS team. She has been chosen captain and was named All-District, as well as earning Most Valuable Defensive player, Most Digs, and Best Serve Reception. She was also selected as a member of the Academic All-State team in volleyball.

In her free time, Jaida enjoys traveling and going on adventures, doing anything art related, spending time with her friends and family, shopping, and spending time outside. She plans to attend the University of Missouri-Columbia and major in business with a minor in textile marketing.