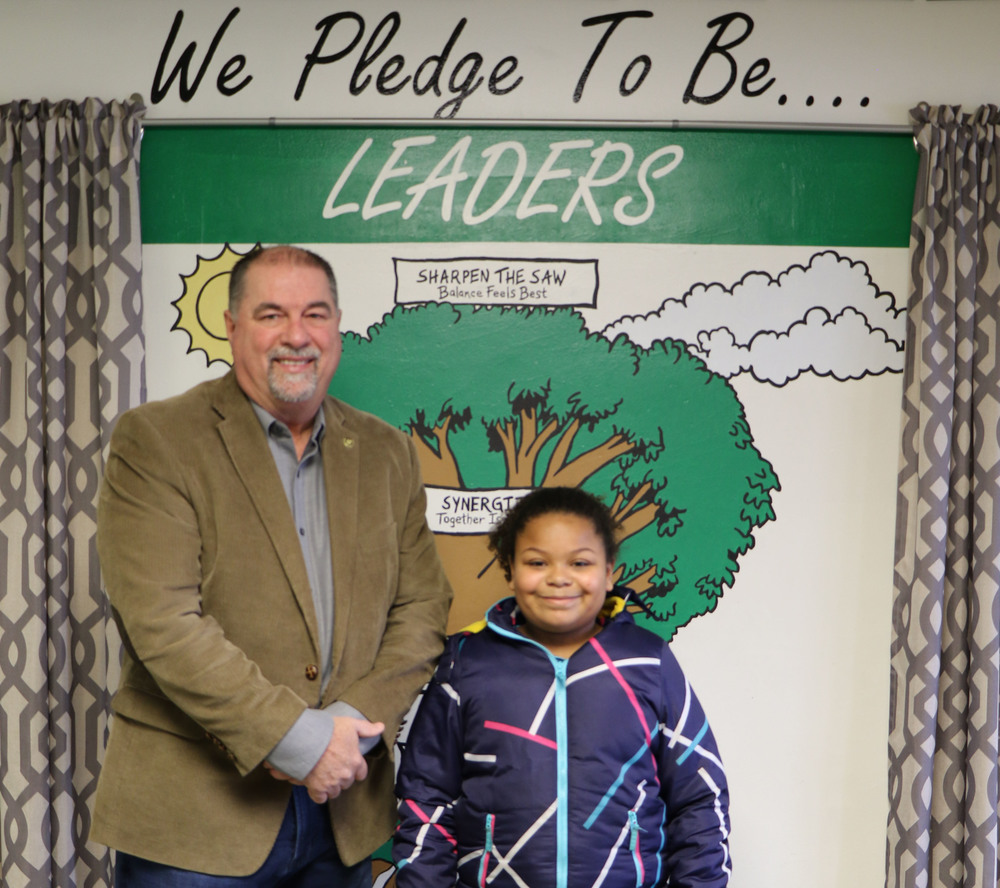 Rep. Rick Francis (R-Perryville) visited Ste. Genevieve Elementary School on Friday, March 8, 2019, for a tour of the school and to check out some of the programs in place.

Fifth grader and student ambassador Keani Johnson gave Rep. Francis a tour of the building, where he learned about various programs, some of which include: the Leader in Me programming, the the Youth Day Treatment, and the early childhood preschool program.

Rep. Francis also took the time visit various classrooms and speak with the students about his background and how he became interested in state government. He spent 33 years in education as a teacher, coach, principal and assistant superintendent before running as a state representative. He explained the duties of a state representative and how bills become law in Missouri. “Right now, every one of you is a constituent, and someday, you will be able to vote for your legislators who will represent your values and beliefs,” he told the students.