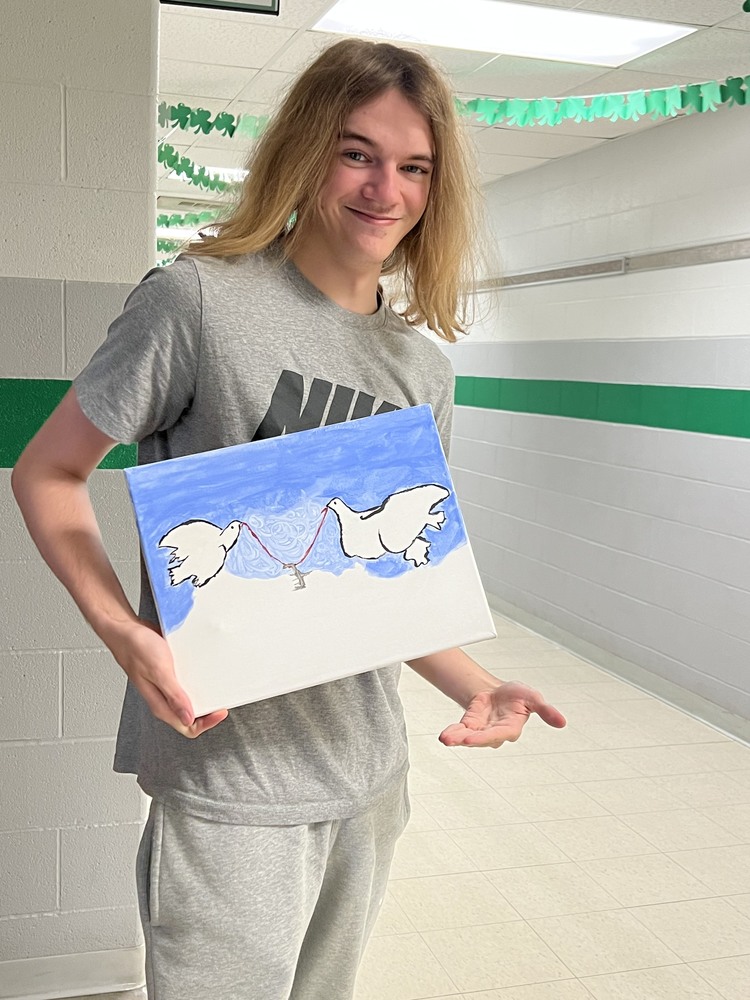 Students in the German III and IV classes at SGHS recently wrapped up a unit learning about German, Austrian, and Swiss artists from the 1400s to present day! Their studies culminated in their own versions of well-known pieces of art.

The classes discussed these artists’ lives and the pieces for which they were known. Some of these artists included Hans Holbein, who was known for painting Henry VIII and his family, and Albrecht Durer, who was a prolific woodworker and painter. Students also learned about art theft during World War II, and watched the movie, “The Monuments Men,” which was based upon the true story of the Allied effort to protect and recover artworks plundered or desecrated by the Nazis during the war.

The classes then transitioned to discussions of current-day artists and their works, including learning about street art that is well-known and accepted in Germany. An example included The East Side Gallery in Berlin, Germany, a mile-long section of the Berlin Wall, where artists were commissioned to paint murals.

To wrap up the unit, students researched different murals from the East Side Gallery and re-created a piece from the Gallery or a piece of street art. Students enjoyed learning about the background and meaning behind these artworks, and they used canvas and acrylics, or watercolor paints or clay to make their own creative versions!