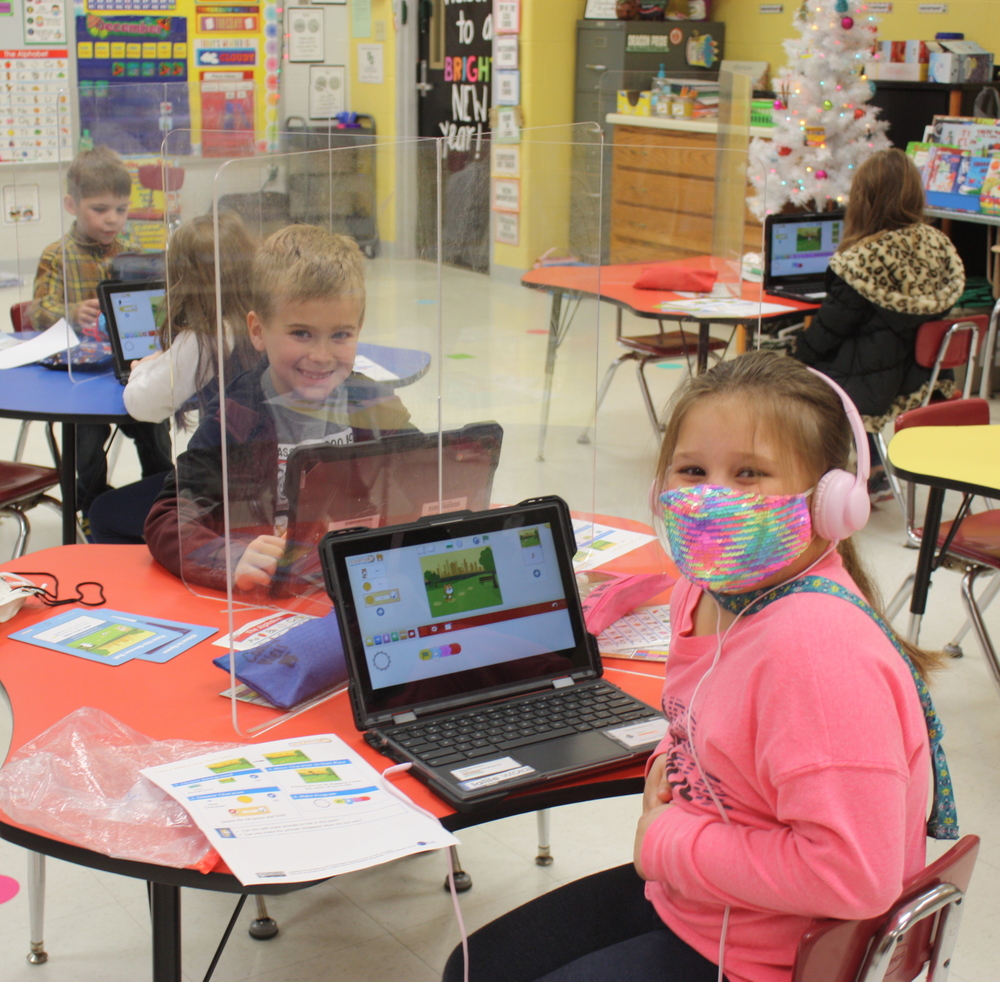 Bloomsdale Elementary participated in their third annual Hour of Code on Monday, Dec. 7. Hour of Code is sponsored by code.org and began as a one-hour introduction to computer science to show that anyone can learn the basics of coding and to build more interest in the field of computer science, which is integrated into so many 21st-century career paths. For one hour, every student in the school was engaged in coding activities that nurture problem-solving skills, logic and creativity, a solid foundation for any future career path.

This year, Pre-K received an introduction to robots from librarian Mrs. Jessica Uding, where students moved through stations that included learning how to use robots like BeeBots and robot mice. Kindergarten and first grade focused on using Scratch Jr., an app where children can program their own interactive stories and games. This app has an artistic component for students, and is also useful for students who struggle with verbal skills. Second through fifth grade students spent time on Code.org, a nonprofit organization that aims to encourage students to learn about computer science. These students went through an express course for half an hour, before exploring other coding websites such as Dance Party, Tynker or Scratch Jr. Teachers even participated in learning how to code and create content with the students!