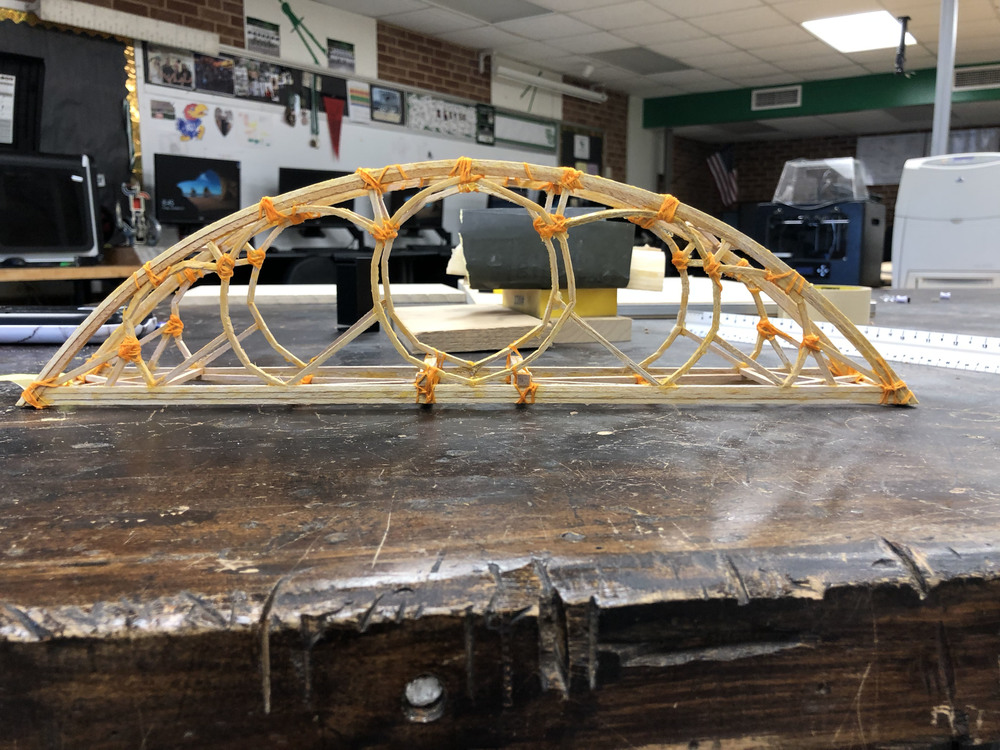 Each year, members of Ste. Genevieve High School’s SkillsUSA compete in the annual MODOT Bridge Competition. This year, the competition was held virtually. After weeks of hard work striving to build the most efficient model bridges, our team earned 3rd place out of 28 competing teams, and earned a $150 cash prize donated by the SE Chapter Transportation Employee Association of Missouri!

Two SGHS students placed in the top ten and earned a cash prize of $25 each, with senior Maci Reynolds placing 8th, and senior Molly Bahr placing 9th. Senior Katelyn Fuller's bridge won "most aesthetic,” which is given to only one of the bridges entered into the competition, and 350 bridges were entered this year! This is the third consecutive year that an SGHS student has taken that award home. Katelyn received a $50 cash prize.

Prize donations and supply sponsorships have been made possible by the following businesses and organizations: SE Chapter Transportation Employee Association of Missouri, Three Rivers College, Southeast Chapter of the Missouri Society of Professional Engineers, Bacon Farmer Workman Engineering and Testing, and the Southeast Coalition for Roadway Safety.