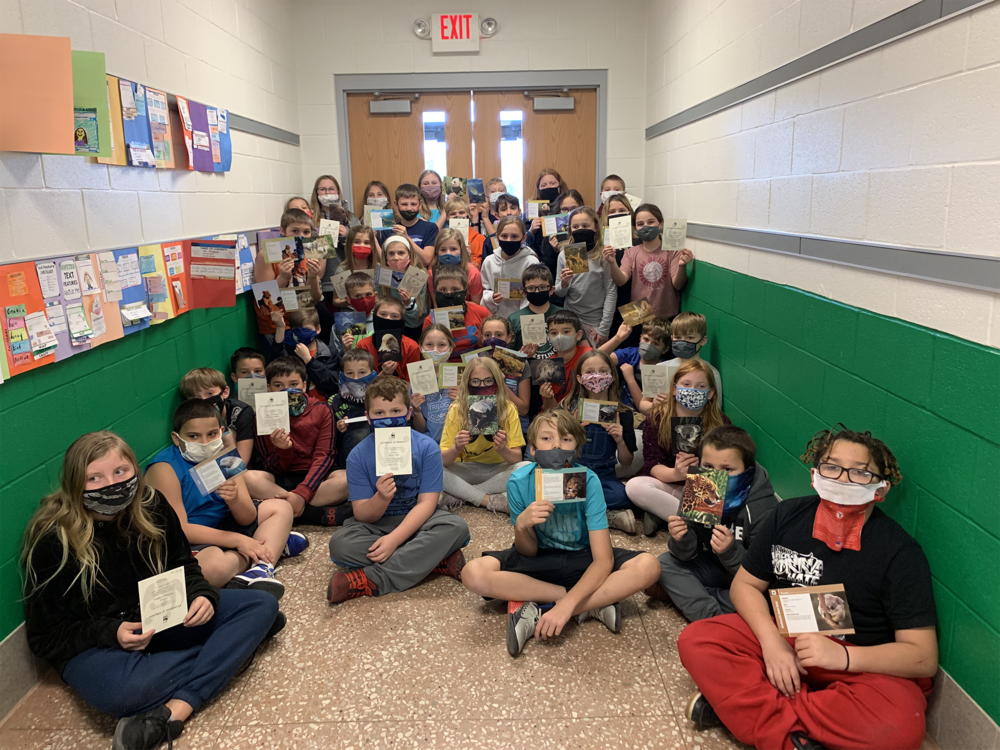 Students in Stacy Bell’s fourth grade science classes at Bloomsdale Elementary have been studying endangered animals. Several of the students decided that a great way to raise awareness about these species would be to raise money and symbolically adopt an animal from the World Wildlife Foundation (WWF).

In just over two weeks, the students raised $425 and were able to adopt 17 animals from WWF! The seventeen animals that were adopted through student voting were: emperor tamarin, eagle, green turtle, hedgehog, honey badger, beluga whale, lion cub, jaguar, komodo dragon, sea lion, gray wolf, panda, giraffe, koala, dolphin, cheetah, and fennec fox. The organization’s mission is to conserve nature and reduce the most pressing threats to the diversity of life on Earth. Their vision is to build a future in which people live in harmony with nature.

The students urge families and community members to learn more about WWF’s efforts to save endangered animals by visiting www.wwf.org. Pictured below are the fourth grade science classes posing with their adoption certificates.