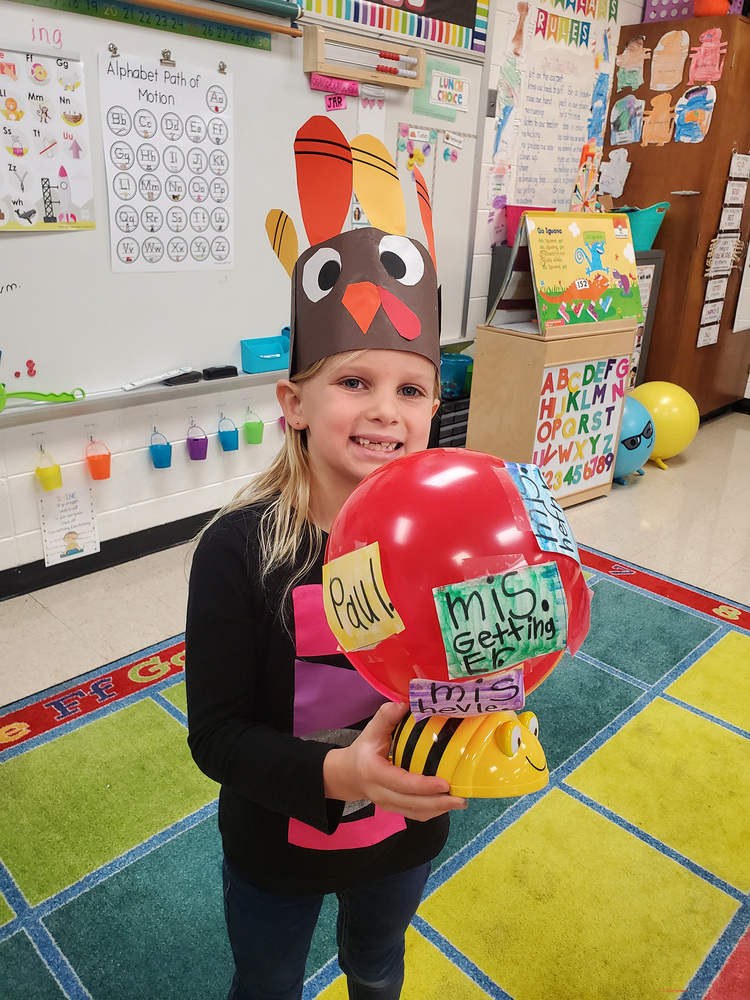 Ms. Ashley Gettinger’s class held its Kindergarten Gratitude Parade again this year! The students decorated balloons after the class read “Balloons Over Broadway” to learn about the history of the Macy’s Thanksgiving Day Parade. The goal was to create thankful balloons to align with the school’s Leader in Me theme of gratitude. The parade included balloons the students decorated with the people and things for which they are thankful, as well as coding mice and beebots the students coded for the route!