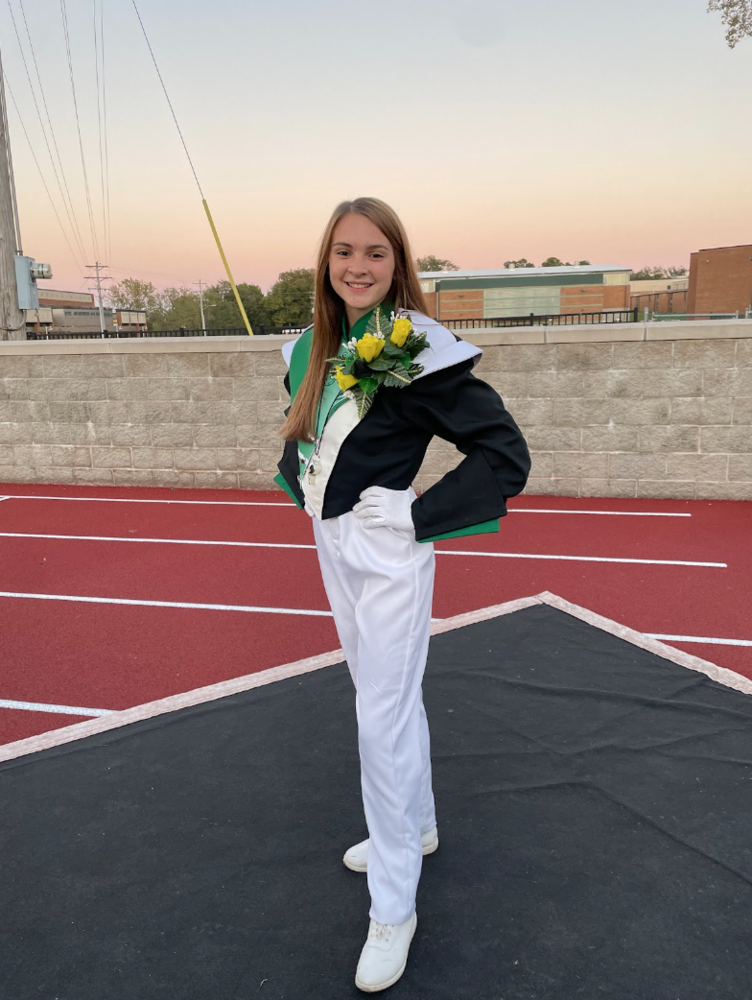 Congratulations to Casey Ayers, the SGHS Elks Student of the Month for April. Casey is the daughter of Amy Ayers.

Casey's scholastic honors include: being ranked in the top 10% of her graduating senior class and earning A Honor Roll each semester. Casey has also been involved in a number of clubs and organizations including Mentors and National Honor Society, where she is currently the vice president.

Casey is a member of the SGHS Marching and Concert bands. She was chosen to be the 2021 drum major. She also skates with the St. Louis Blade Brigade Synchronized Skating team and has since 2006. She is currently employed as a server at The Kozy Kitchen.

In her free time, Casey enjoys skating, where she has won numerous medals and has competed in Boston. Casey plans to attend Southeast Missouri State University and major in nursing. She also has a desire to minor in childhood trauma and outcomes.