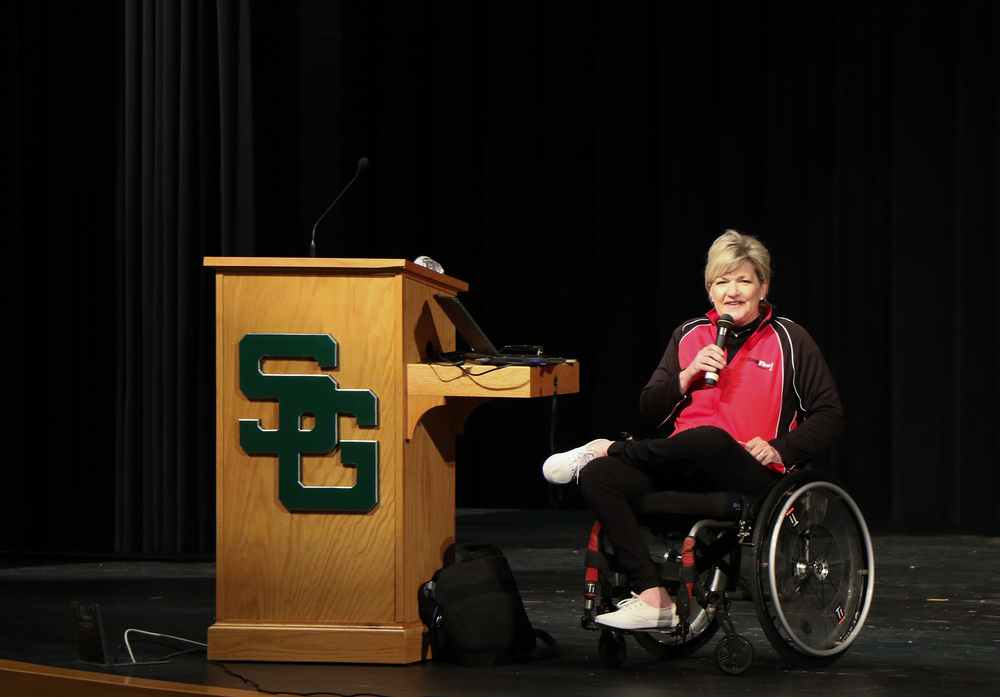 The Ste. Genevieve High School FCCLA students sponsored an event in an effort to help students stay informed of how to make smart decisions regarding traffic safety and social events, especially at the end of the year as prom approached. The members of the 2022 Prom Court were also announced at the assembly!

Penny Anderson and Chad Burton of ThinkFirst Missouri spoke to high school students during an assembly at the Performing Arts Center, where they spoke about their experiences with distracted driving and traumatic vehicle crashes.

Penny was an unbelted passenger and less than a half mile from her driveway when she received a spinal cord injury that paralyzed her from the waist down. Now the assistant director for ThinkFirst Missouri at the University of Missouri - Columbia’s School of Medicine, Penny speaks to children, adolescents and adults at injury prevention/safety programs across the state and nationwide. Her motivational presentations have inspired thousands of people across the country. Chad’s story involved a crash at age 17 when he fell asleep at the wheel and collided with another vehicle. Students listened to how these events drastically changed both Penny and Chad’s lives. FCCLA would like to thank these speakers for sharing their stories, and for their time and expertise when speaking to students about these issues.