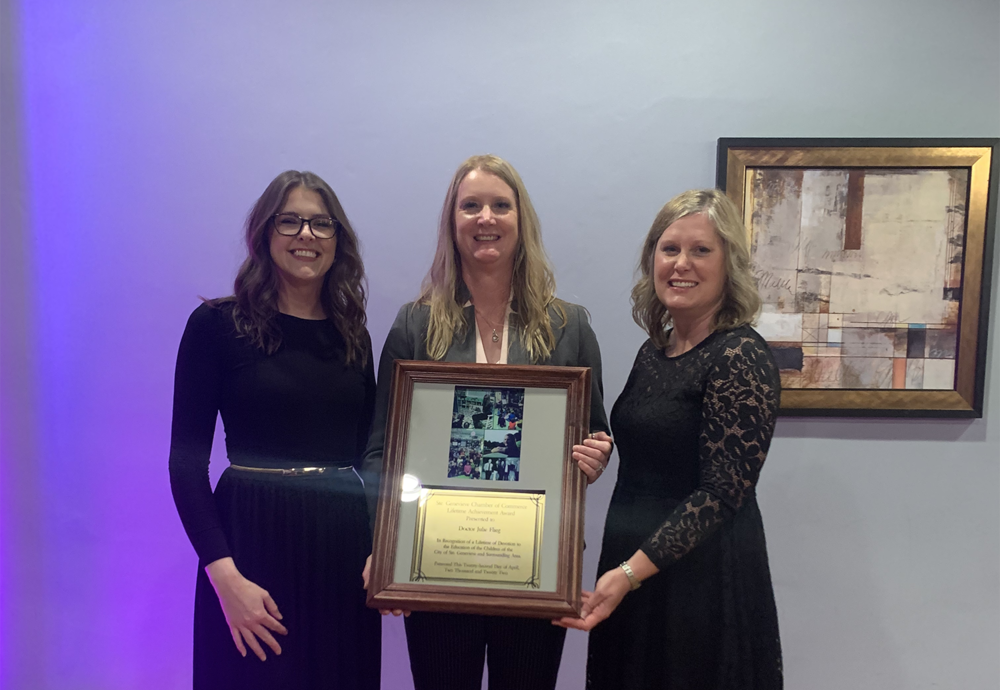 Ste. Genevieve County R-II School District is excited to announce that Superintendent Dr. Julie Flieg has been awarded the Lifetime Achievement Award from the Chamber of Commerce. Our district is incredibly proud that she has been recognized for her achievements and service to our district and to public education!

When presented with her award, Dr. Flieg thanked her husband, family, friends, educators, co-workers and community members for their support. She thanked former and long-time SG R-II superintendent Mikel Stewart for his belief in her and his encouragement throughout her career at SG R-II.

“I am honored to have been chosen for this award, but this is not really about me,” she said. “It’s about our students; it’s about the fantastic things that the community in our school district does for our kids,” she said. “I want to thank all of you for your support, and thank you for helping to make sure we can provide our students with the best education possible at SG R-II.”

Dr. Flieg is an alumna of the school district and has spent the entirety of her educational career as part of the SG R-II family. She has been a part of each part of the district, beginning with working in the cafeteria as a student and then taking a position as a secretary and registrar at the high school in 1992. She began teaching Adult Computer Education in 1994, and in 1996, she took on a dual role: she was a Business teacher for the middle school and also held a teaching assistant position in the Special Education Classrooms.