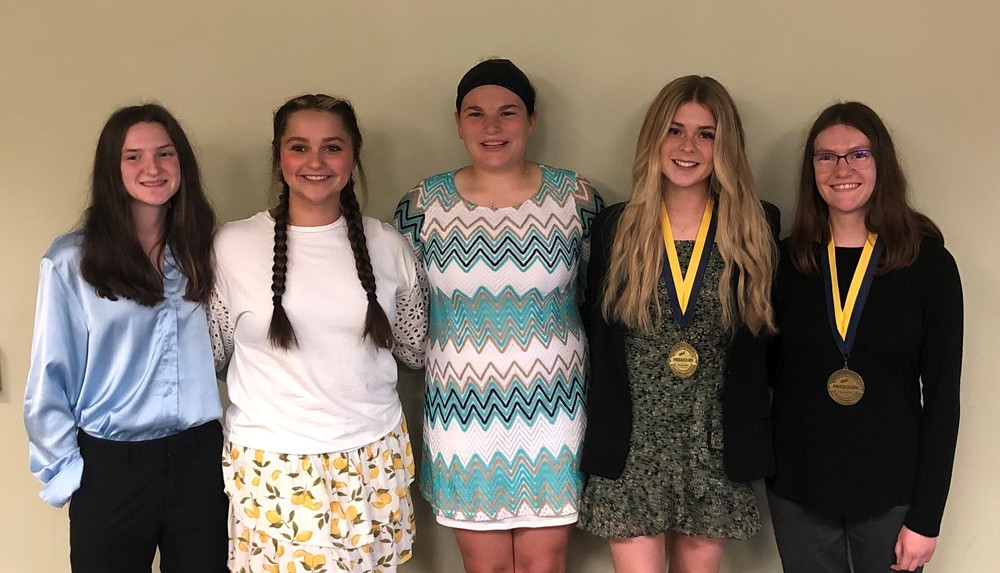 The Ste. Genevieve High School FBLA Chapter held its Annual Awards and Installation Banquet on May 5, 2022.  Members were recognized for their committee participation, and the accomplishments of the organization were highlighted.

Students were awarded certificates for placing within their respective events at the State Leadership Conference that was held from April 10-12 in Springfield, Missouri. Senior Jayden Pullins was presented with her medal for placing 10th in Insurance & Risk Management at the state level, and senior Lily Lueken received her medal for placing 7th in Spreadsheet Applications at the state level. Senior Lana Kemper was recognized as the FBLA Student of the Year! Also at the event, attendees viewed a video highlighting the events of the year, which was created by FBLA Historian Katie Ahne.

New officers were also installed for the upcoming 2022-2023 school year: