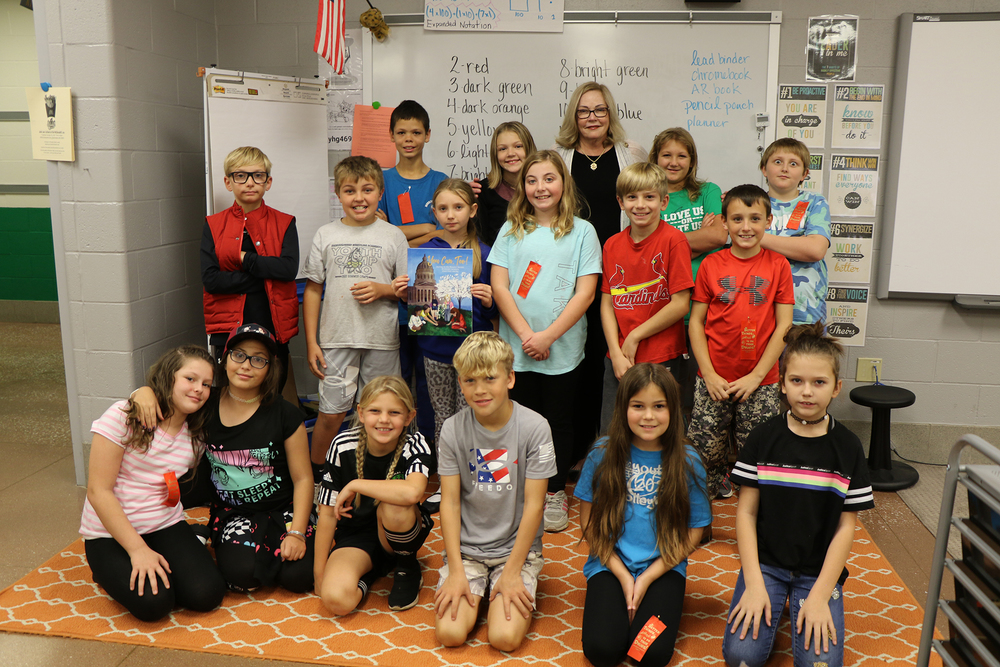 Recently, Senator Elaine Gannon visited fourth grade classes and libraries at both Bloomsdale Elementary and Ste. Genevieve Elementary. Sen. Gannon brought with her copies of a newly-published book, “You Can, Too! Journey to the Missouri Senate: 36 Women Senators Share Their Story.”

This book was the brainchild of the bipartisan group of 11 women who currently serve in Missouri’s Senate. Throughout Missouri’s 200 years, 36 total women have served in the senate, whereas 1,118 men have served as state senators. This group of women decided to take an initiative to create something positive together that would benefit Missourians. Their ideas culminated in a book that would include each of their stories, as well as the stories from the past Missouri women senators. This book was underwritten by the Missouri Humanities Council and was printed and published by Missouri Life.

During her visit, Sen. Gannon introduced herself, explained the book and talked to students about her journey to the Missouri Senate, as well as the importance of women representation in the Missouri legislature. Students asked questions about the senators’ work, and the qualifications to become a senator. Each fourth grade class, as well as the elementary libraries, were gifted a copy of the book.

Sen. Gannon also met with students at both the high school and middle school and spoke to them about their aspirations to serve and represent their communities in elected positions. Ste. Genevieve County R-II Board members and administration escorted Sen. Gannon on her tour, and we would like to thank her for taking the time to speak with our students, encourage them, and reinforce that “You Can, Too!”