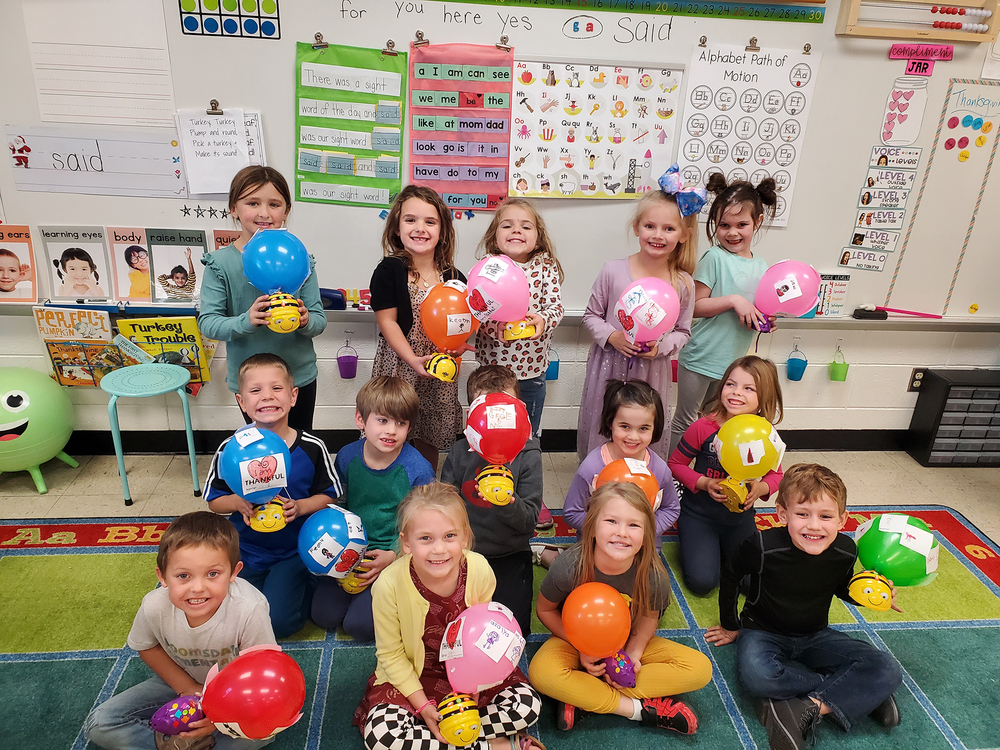 Ms. Ashley Gettinger’s class held its Kindergarten Gratitude Parade again this year! The students decorated balloons after the class read “Balloons Over Broadway” to learn about the history of the Macy’s Thanksgiving Day Parade.

After reading “Balloons Over Broadway” by Melissa Sweet and learning about the Macy’s Thanksgiving Day Parade, the students decorated balloons with notes and artwork on the people and things for which they were thankful. Next, the students had the opportunity to use the classroom set of coding mice as well as the library’s Bee-Bots, to code their robots to be in a parade. Students used directional keys on the top of the robot to code. Students coded by 1s to 50 and 100, by 10s to 100 and 5s to 100; backward, left and right. Ms. Gettinger’s students created a simple route and sent the balloons through a parade around the classroom then down the hallway!