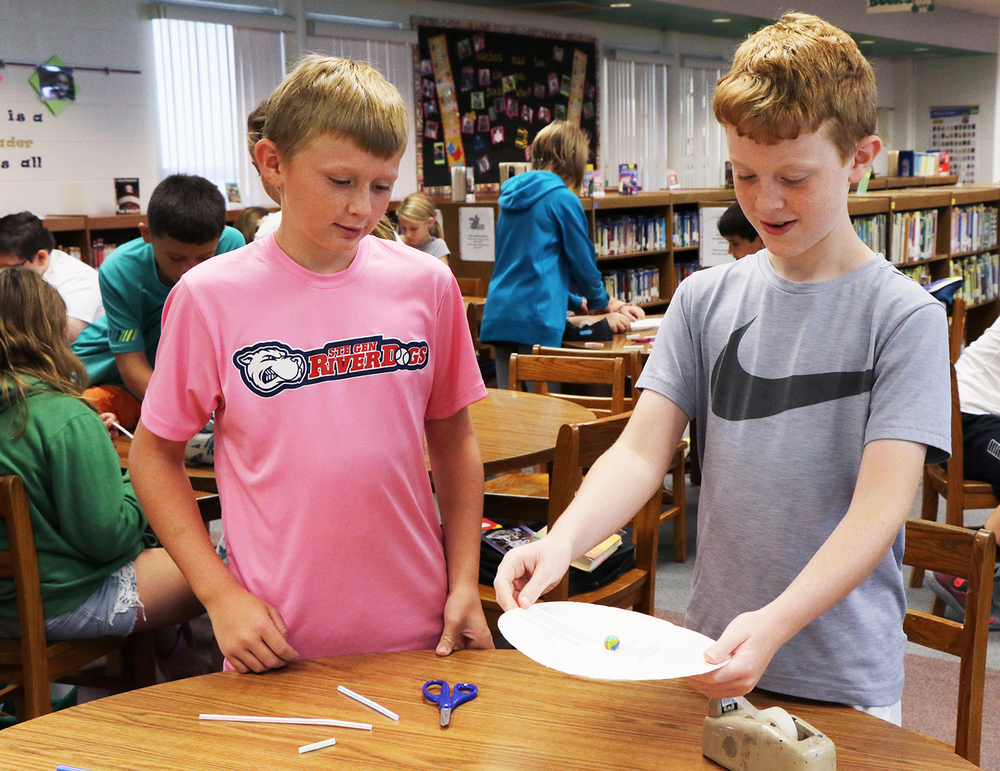 Ste. Genevieve R-II School District library aide Sarah Carlson has implemented a plan to launch a new STEM (Science, Technology, Engineering and Mathematics) activity with fifth grade students once a quarter. Mrs. Carlson typically has students work on a MakerSpace once a month when they visit the library. A MakerSpace is a hands-on activity that encourages students to design, experiment, invent and build. This year, she plans to make some of these activities specifically STEM (Science, Technology, Engineering and Math) projects, where students utilize skills in these areas to achieve a goal.

The first STEM project Mrs. Carlson organized was a Marble Run, where students were split into groups and given supplies in order to create a maze for a marble. Students in Mrs. Johna Bequette’s class were given a paper plate as the base of the maze, seven straws, one pair of scissors, one marble, one piece of paper, a tape dispenser and two markers. The goal was to work together to create the walls of a complete maze with straws, including a beginning and end, along with various paths and dead-ends. The students chose team roles, such as creating the rough draft, construction and testing. When their time was up, the class debriefed by explaining how everyone helped in the construction, and what parts of their planning worked, and which parts could have been improved.